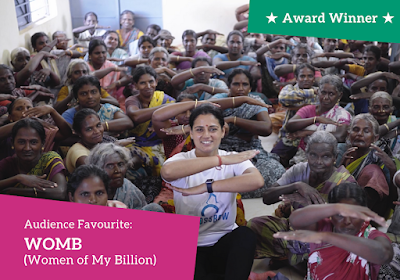 To mark the end of this year's Birmingham Indian Film Festival, the award winner for the audience voted favourite film went to Ajitesh Sharma's WOMB, Woman Of My Billion, the opening night documentary charting the incredible story of Srishti Bakshi who walked the length of India to honour women.

In the documentary, Bakshi makes the journey of 4,000km from Kanyakumari to Kashmir over 240 days while meeting and learning about women whose social and economical difficulties multiplied during the pandemic.

"The documentary celebrates ordinary women who have shown extraordinary courage to rise above their limitations and challenge deeply entrenched gender norms," Bakshi continued. “We did this to unite the majority because what we discovered was that gender-based violence is a crime perpetrated by the minority but perpetuated by the silence of the majority.”