The Indian film festival group is excited and proud to present the UK Premiere of the Bengali drama Avijatrik (The Wanderlust of Apu), directed by Subhrajit Mitra; a new tale based on the legendary character Apu who was first brought to the screen by India's most internationally acclaimed director Satyajit Ray, in his Apu Trilogy in the 1950s. Lovingly shot in black and white and keeping an eye on the continuity to Ray’s classics, the new film Avijatrik focuses on Apu's overwhelming wanderlust to discover the world beyond Bengal with his doting 6-year-old son Kajol. This is a must see for all Satyajit Ray fans in the centenary year of his birth anniversary and is screened for one night only at London’s Ciné Lumière, Midlands Arts Centre in Birmingham and HOME Manchester, where it will be part of their Not Just Bollywood season.

Other highlights of the festival include a screening of the beloved classic Pather Panchali, the first of The Apu Trilogy screening in London, with a lecture introduction about Satyajit Ray from globally acclaimed biographer Andrew Robinson at Ciné Lumière. In Birmingham there’s a focus on Great British Asians as we screen British Asian short films from emerging filmmakers and look back at the contribution British Asians have made to the music and arts. We’re thrilled to bring back the magnum opus, Mughal-E-Azam as a tribute to the late, great Dilip Kumar; the original 1960 version of the film will be screened in Birmingham and Bradford, complete with its 12-song soundtrack, inspired by Indian classical and folk music, that will transport you to a bygone era. Too Desi Too Queer is a collection of short films offering a glimpse into the South Asian LGBTQI+ lived experience while Iram Parveen Bilal’s South by Southwest nominated I’ll Meet You There, showing in Bradford, portrays a modern Pakistani American family in Chicago. 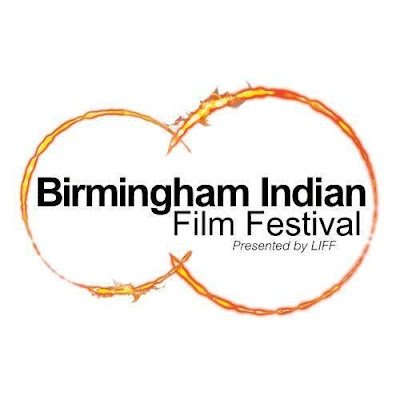 Sat 18 Sep, 17.30, MAC Birmingham
Director: Subhrajit Mitra
Starring: Arjun Chakrabarty, Sabyasachi Chakrabarty, Sreelekha Mitra, Barun Chanda,  Tanushree Shankar
136 mins | 2021 | India | Recommended Certificate: U
Bengali with English subtitles
Subhrajit Mitra revives Satyajit Ray’s enduring and endearing character of Apu after 60 years with a film that takes off from where The Apu Trilogy ended in 1959. After the death of his beloved wife, Apu is unable to settle and follows his wanderlust, setting out with his 6 year old son Kajol, to explore the world. They have many adventures along the way, but Apu is still trapped in a surreal space, as he imagines discourses with his lost wife, that presses on the real world and soon threatens to alter his path.

Mughal-E-Azam
Sun 19 Sep, 17.30, MAC Birmingham
Dir: K Asif
With: Pritvhiraj Kapoor, Madhubala, Dilip Kumar
197 mins | 1960 | India | Recommended Certificate: PG
Urdu with English subtitles
A spectacular historical drama, Mughal-E-Azam tells the tale of a timeless love affair between a Prince and a dancer. Think mirrored palaces, sumptuous technicolor and unforgettable songs. Mughal-E-Azam has it all! K Asif’s spectacular epic historical drama tells the tale of a timeless love affair. Heir to the throne, Prince Salim (Dilip Kumar), has matured from a self-indulgent only child into a victorious and distinguished warrior. When he returns to the Mughal court he soon falls for the gorgeous, if lowly born, court dancer Anarkali (Madhubala), it provokes the ire of his father, Mughal emperor Akbar (Prithviraj Kapoor), who forbids them from getting married. As Anarkali takes a stand for her man, risking execution, father-son conflict explodes into a full blown battle. 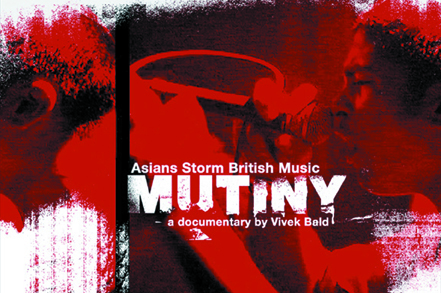 Mutiny: Asians Storm British Music
Dir: Vivek Bald
83 mins | 2003 | UK
English
An absorbing and thrilling account of the contribution of Asian musicians to British pop in the 90s. Over the course of seven years Vivek Bald captured the rise and fall of what was always imperfectly described as the “Asian Underground”. Shot with virtually no budget in a style that mirrored the ethos of the featured legendary artists such as Asian Dub Foundation, Talvin Singh and Fun^Da^Mental. Mutiny: Asians Storm British Music is part music documentary, part social history and remains as a unique time-capsule on the music culture of the British Asian second generation.

Brimful of Asia
Dir. Pratibha Parmar
24 mins | 1998 | UK
English
Brimful of Asia A short documentary that depicts the explosion of second generation South Asian talent in mainstream British culture in the late 1990s - features musicians Talvin Singh, Asian Dub Foundation and Cornershop, as well as fashion designers and writers in a veritable who’s who of British Asian arts and culture.