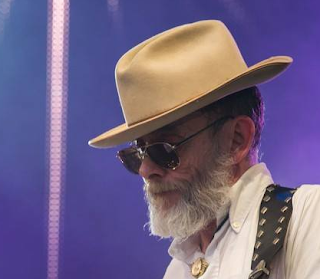 Another fascinating interview from Robin Valk, this time with Stewart Johnson who came to Birmingham in 1974 and played with rock bands before developing a deep love of bluegrass. More fantastic stories from the local music scene.

"Ask any Lives in Music participant, and you'll get the same answer - there's no easy or straight route through life as a musician. You go where the work is, and if you're very, very lucky, you get to call a few shots in due course. In Stewart's case his life took him all over Europe and the UK as a post-war Army brat, and that exposed him to a host of influences. From there, he went in to rock, with some success, followed by stage work, all the while nurturing his deep love for bluegrass and the best in country music. He's passed this on to his children, leading to the first family band in Brum, and kicking off his daughters' solo careers, crafted in the teeth of opposition on both sides of the Atlantic. It's a great story."

Listen to the podcast here