WEST END HIT BE BOP A LULA COMES TO TOWN 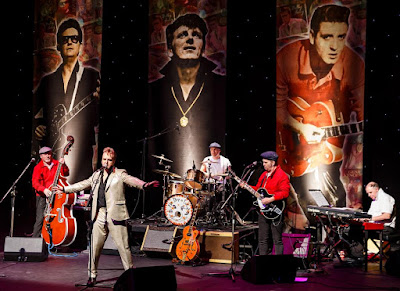 In 1960 American rockers Eddie and Gene flew in from the States and were joined by British heartthrob Billy Fury for the UK’s very first multi-artist rock’n’roll tour, informs show producer Pete Tobit.

“Reviewers were appalled by the on stage antics. Audiences screamed their approval. British youth culture was born!”

Theatregoers are invited to relive these seminal concerts in the company of incredible singers and a band said to be “tighter than a pair of your tightest drainpipe trousers”.

BE BOP A LULA

“Be Bop a Lula is a real doozer of a stage show,” says Pete.