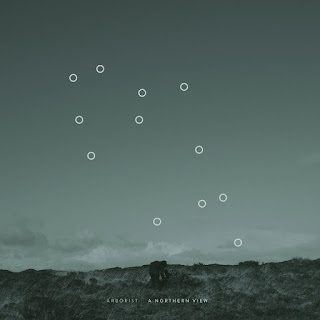 Arborist
A Northern View
Rollercoaster Records
7 February 2020
Arborist returns with a breathtaking new album, A Northern View, encapsulating a time and place, the here and now, for better or worse. Rich in melody and mood, it is resplendent with lush arrangements and underpinned by an uneasiness that unsettles the listener just when they they’ve been lured in. Complex, literary and political, Northern Irish singer-songwriter Mark McCambridge has produced the album that is needed from the place where he is from, at the very time when uncertainty abounds. It is a paean to this part of world at an unsettled and unsettling moment.
Arborist’s 2016 debut album Home Burial was nominated for the Northern Irish Music Prize and released to critical acclaim, with Mojo hailing it as “a staggering debut of depth and substance” and The Guardian calling it an “instant classic.” Uncut described the lead single, “A Man Of My Age”, as articulating, “the claustrophobia of family life with sensitive frankness amid a mesmerizing Smog-like languor”.
Arborist started out as a solo project for Mark McCambridge, who was later joined by drummer/engineer Ben McAuley (producer of Girls Names, Sea Pinks and Desert Hearts, as well as working with David Holmes) who became key to the sound and the direction that the music took. This especially evident in the Americana tinged 2015 debut single “Twisted Arrow”, that features an astonishing duet with Kim Deal of The Breeders. For the recording of Home Burial they gradually started bringing other musicians into the fold. By the end of the record they felt they had created a sound unique to the personnel involved and so performed the songs live in that way. Completing the fixed line-up now are James Heaney on bass (nephew of the late poet laureate Seamus Heaney), Jonny Ash on guitar (who has a knack of disrupting the mood and taking it elsewhere) and Richard Hill on piano/organ. For the new album they were also joined by violinist Emma Smith (Noel Gallagher, James Yorkston, Bas Jan, Seamus Fogarty), who underpinned much of the mood with her mesmerizing string composistions.
When it came to making A Northern View, McCambridge had the songs written but wanted to capture as much of the band live as possible, so the same musicians decamped to Real World Studios in Wiltshire (owned by Peter Gabriel), which used to be an old mill. Its idyllic Wood Room has high ceilings and a beautiful warm sound that can be heard on records such as I Speak Because I Can (Laura Marling), The Gloaming 2 (The Gloaming) and Treasure House (Cat’s Eyes), which provided welcome inspiration for Arborists’ sessions.
A Northern View is leaner and more raw than its predecessor. The arrangements are subtler and freer. As McCambridge explains; “Melody is still paramount, but I wanted the listener to work for it a little more. I wanted there to be an uneasiness beneath even the lush melodic parts. A stall we tried to set-out in the first 30 seconds; don’t rest on your laurels, be on guard.”
Thematically the album can’t help but draw from the time and place where it was created. A Northern View is an ode to Northern Ireland and a reaction against what McCambridge calls the “abomination of Brexit”. Arborist wrote the soundtrack to the recent film Brexit: A Cry From The Irish Border by Clare Dwyer Hogg narrated by Stephen Rea, and the themes are continued in the album. As McCambridge says; “It was the numbness and confusion of things I wanted but uniquely, especially in recent years, from the viewpoint of this part of the world.”
This can be heard in songs such as single “Here Comes The Devil”, about the unspoken or subconscious prejudices that most people have buried but which can be stirred and reveal themselves when they think they can get away with it; in their own home, online or…at the ballot box. The cathartic ending is it all pouring out. Or opener, the heart-wrenching “A Stranger Heart” – which is in part inspired by Fathering by Mark Mulcahy – where just as the listener relaxes into the lush sound of the strings they are pulled away, creating an air of unease. “Don’t Let The Sky Take Me” is an ode to where McCambridge is from, the curious names of the townlands in Ireland are very unique and poetic Kirkinriola, Evishacrow, Legagrane and Tuftarney.
However, the song “Taxi” is the real stand-out, jolt-from-the-blue, set-piece – a spoken word epic story inspired by Arab Strap, Belle and Sebastian and James Yorkston, who have made the droll Scottish storyteller’s delivery a constant. As Mark explains; “I wanted to do something similar with the Northern Irish voice. It’s a story about a claim from my Dad’s cousin and good friend through his youth, Henry McQuillan, that he conceived the idea of turning a famous Irish traditional song into a rock song.”
A Northern View portrays a raw darkness but with glimpses of beauty at the heart of it all; the kind of balance found in records like Wilco’s A Ghost is Born or Songs Ohia’s Magnolia Electric Co. The album title felt like a nice way of framing all that came-out, like a clandestine publication of some kind. Though as McCambridge explains; “I recently discovered it’s a caravan park in Donegal, so there you go.”


"The spare singing of Arborist main man Mark McCambridge, together with the economy of his lyrics, which dwell on success and failure and the passing of time, bring to mind Leonard Cohen or Bill Callahan." The Guardian 4*s
"A staggering debut of depth and substance." Mojo 4*s
"Deliciously self-assured." Uncut 8/10 (Revelations Feature)
"Soaked in country-western hallmarks and nuanced flecks of The Decemberists." The Line of Best Fit

"It's a bit of the old country in more ways than one." Stereogum

“A group whose lush, nonchalant Americana is filtered through their Belfast roots.” Clash

"This guy's a master songwriter… his muse is an earth-bound one - full of scruffy moments and care-worn emotional truths. His development will be one of the most intriguing story strands of the year." - Hot Press Magazine.
Posted by Spaghetti Editor at Tuesday, January 21, 2020