Dempsey's Lot - the life and music of Tommy Dempsey - Part 1 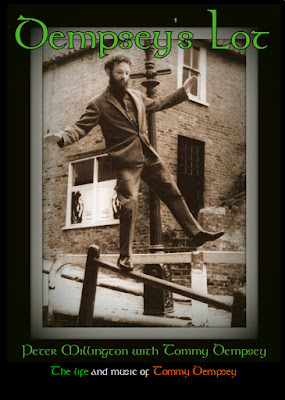 A Foreword From Christy Moore 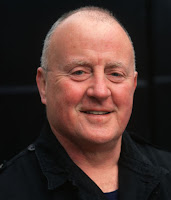 Back in the mid 1960’s I always loved playing the Birmingham Clubs…The Jug of Punch, The Skillet Pot, The Munstermen’s Club to name but three… when I played at John Swift’s club I first got to hear the singing of
Tommy Dempsey… he had a unique style of singing and very good repertoire of rare songs… it was always a great pleasure to be in his company and a joy to hear him singing.

Its 50 years since but I do believe that I played a gig with John and Tommy at a Folk Club in Cheltenham circa 1967… John played lute beautifully and his accompaniments to Tommy’s songs were always tasteful and        understated.

I hope I get to hear him sing again and I look forward to reading Tommy’s story… I feel honoured by this invitation to write a few words about Tommy Dempsey, a man and a singer whom I’ve greatly admired.

Introduction
I've been a wild rover for many a year
And I spent all my money on whiskey and beer,
And now I'm returning with gold in great store
And I never will play the wild rover no more.
And it's no, nay, never,
Traditional folk song circa.1500s 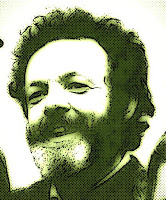 The funeral of Belfast born musician, film maker and creative artist Paul Murphy at St Mary’s RC church in Harborne was a case of standing room only. With the pews filled to capacity the mourners just kept on coming until they were crammed tight around the edges of the church and even packed like deferential sardines in the vestibule at the church entrance. Mourners included Paul’s large and beloved family and his friends and         artistic collaborators from all over the UK, Ireland and far beyond. Whilst there were many notable local names from the music, media and theatre scenes of the West Midlands amongst the heaving congregation gathered to pay their respects, for the most part they were the diverse partisans of the city’s long established grass-roots creative and performing arts community. Journey men and women of Brummagem who a hundred years ago might have turned their skills to furnaces, lathes and anvils, but in the modern age had taken to guitars, drum kits and pianos.

One of the mourners I spotted that rainy morning in Harborne was Tommy Dempsey.


By coincidence the first and only time I had spoken to Tommy was when I was in Paul Murphy’s company one night in a pub in Stirchley, Birmingham called The Hibernian. It was a chance meeting, The Hibernian was known for its live music and was one of those establishments that always attracted interesting characters and assorted troubadours. Tommy may have been  negotiating terms with the manager or just having a pint with his fellow musician, I can not recall.
Tommy and his friend joined us at our table. After an hour of chatting about gigs and music, Tommy invited myself and Paul to go with them to another pub in the Digbeth area where they were meeting others from Birmingham’s folk music scene. I was the driver that night so felt more of an observer than a participant and as the pints of Guinness were copiously downed I was fascinated by the conversation around the table. The other members of the party it transpired were fellow veterans of Birmingham’s folk music scene and the man who seemed to be holding court was Ian Campbell, a jovial white-bearded figure who laughed heartily and conversed convivially. I knew it was Campbell when he began to talk about his sons Robin and Ali from one of my favourite Birmingham bands, UB40.

It was a great and inspiring evening, the banter between Tommy and Ian was especially fascinating as they reminisced about folk clubs and musicians long gone. It would not be an over statement to say that I felt a sense of privilege to find myself by complete chance in their esteemed company and it left me with the feeling that some of this heritage needed one day to be written down, if no one else has done so. At the end of the night I drove Paul home to Cotteridge and then dropped Tommy off literally around the corner from Murphy at a fine house on the edge of leafy Bournville.

Spotting Tommy across the packed church at Paul Murphy’s funeral some years later, it struck me that here was an even earlier pioneer than the great man being laid to rest. Tommy had stood up in front of Brummie audiences and plied his trade around fifteen years before the youthful Paul Murphy had stepped off the ferry at Stranraer in 1969. Tommy, with a handful of others, not all of Irish origin, had started the tradition of live creative acoustic music in the UK’s sprawling, heavily-industrial second-city conurbation back in the mid-1950s, to quote Van Morrison “in the days before Rock ’n’ Roll”.

Seeing Tommy in that context also made me consider again that there remains a wealth of a certain genre of Birmingham’s music-heritage, whether we call it folk, acoustic, traditional or roots – the labels become merged and therefore not overly-significant to the layman like me who just loves the music, but even so, much of the narrative behind the music is in the human memory and there’s nothing like a funeral to remind you of the importance of digging it out of memory and translating it to the page, either on paper or in the electronic version.
By the time I got outside of the church, Tommy had vanished into the rainy suburban streets around St Mary’s church, perhaps heading off in the direction of the famed number 11 bus back to Cotteridge. I had missed the opportunity to grab his elbow and once again the months went by.
In 2017 I was chatting to another mutual friend of both Tommy Dempsey and Paul Murphy, accomplished acoustic musician and music venue proprietor Tom Martin. Tom told me that Tommy Dempsey was still performing in his 80th year and was a regular at Tom’s venue The Tower of Song, also in Cotteridge. Here at last was my opportunity to get in touch with the modest and off-stage, private and under-stated Mr Dempsey. Tom gave me his email address and within a week I was being welcomed into the home of Tommy and his lovely wife Eileen with the tool of my own journeyman trade, my digital-audio-recorder in hand.

Three or four hours and several generous mugs of coffee later I emerged from Tommy’s house with 15 tracks of music-heritage gold dust. This interview is the fascinating account of Tommy Dempsey’s life and music as told to me that afternoon.
Posted by Spaghetti Editor at Monday, February 03, 2020